Anaheim, Calif., January 22, 2015 — During the 2015 NAMM Show this week, leading digital audio manufacturer Antelope Audio[Hall A – Booth 6274] will demonstrate the detail, purity and flexibility of the newest products in its lineup of professional audio products: the Pure2 mastering converter, the MP32 microphone preamplifier, the Satori monitoring controller, and of course the Zen Studio — which has received industry accolades and a TEC Award nomination during 2014.

The new products, which are all shipping as of this month, bring unprecedented detail, depth, clarity and transparency to professional users’ audio signal chain, while extending usability with an array of product features and multiple I/Os. Antelope Audio will also showcase new accessories for Zen Studio, including its new Z-rack mounting system and a Zen Studio embroidered protective carrying case, an elegant solution designed for ease of use and portability.

Zen Studio: A Fully Featured Recording System ‘To Go’
Zen Studio, which is nominated for the 30th Annual Technical Excellence & Creativity (TEC) Awards in the ‘Computer Audio Hardware” category, is a full-featured audio interface, clock, preamp, and monitor controller in an ergonomic and robust road-ready chassis.

Pure2, Satori and MP32: The Enlightened Audio Chain
The combination of the Pure2 mastering converter, the Satori monitor controller and the MP32 preamplifier, which will each be demonstrated at the Antelope booth, brings a new level of detail and purity to any signal chain.

MP32, a 32-channel, console-grade microphone preamplifier with integrated software control, is designed to compliment Antelope’s Orion32  and provide the greatest possible transparency during the recording process. Occupying just 3U of rack space makes the MP32 the ultimate solution for both studios and live recording — where rack space can be a precious commodity.

Satori, meanwhile, is a true analog monitoring and summing system designed to deliver an ‘epiphany’ experience to the sound engineer. Antelope’s renowned relay-controlled stepped attenuator, the extremely versatile connectivity options and great selection of stereo effects and comprehensive monitoring options, place the Satori among the most advanced monitoring controllers in the world, and make it equally suited to both commercial and project studios.

To learn more, stop by Antelope’s booth at the NAMM Show or visit Antelope’s web site at: //www.antelopeaudio.com. 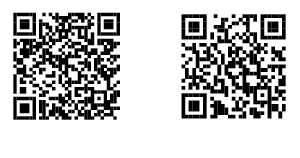